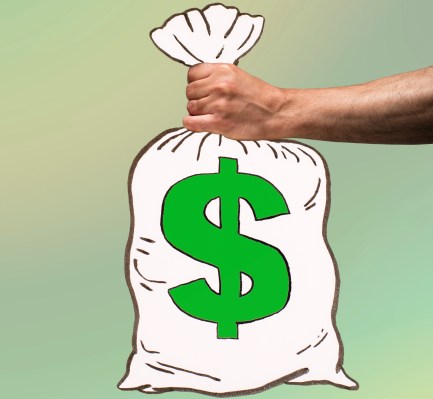 Human Interest, a 401(k) provider for small and medium-sized businesses (SMBs), announced Thursday that it has tacked on another $55 million to its Series C.

The news is notable for a couple of reasons. For one, the San Francisco-based company had already raised $50 million across two tranches in 2020. Secondly, the majority of its existing backers joined one new investor — NEA spinout NewView Capital (NVC) — in pumping more capital into Human Interest.

And last but definitely not least, the latest extension — which closed in December but is only now being publicly announced — effectively doubles Human Interest’s valuation from its financing a few months prior.

CEO Jeff Schneble would not disclose the company’s current valuation, but he did say Human Interest “is now in the position of becoming a unicorn” the next time it raises, if that round “follows the same step-ups as the last couple” of financings.

With this latest extension, Human Interest has now raised a total of $136.7 million since its 2015 inception.

“We’ve grown about 10 times in the past 18 months or so, and we’re not going to stop here,” he told TechCrunch. “Our goal is to get to $100 million-plus ARR [annual recurring revenue] in the next three years so that we can go public in the next three to four years.”

Since its launch, Human Interest says it has helped nearly 3,000 businesses across America to offer retirement accounts to their more than 80,000 employees.

The COVID-19 pandemic was challenging, but led to an interesting shift in the company’s business. Pre-2020, about 85% of its customers were first-time 401(k) users. Last year, that number dropped to about 50%. This means that more companies moved from existing plans to Human Interest.

“Given there was a recession and a lot of uncertainty, it was a much easier pitch, considering we could offer a more affordable product,” Schneble said.

Human Interest says it works with “every kind of SMB” — from tech startups to law offices, from dentists to dog walkers, manufacturing firms and social justice nonprofits. Customers include a San Francisco Bay Area electrician company, a Denver-based  pizza chain and a Seattle-based chain of gas stations and convenience stores.

Despite being just a few years old, Schneble said the company doesn’t view itself as a startup.

“We want to build a really big company that will be around for decades, and can go public,” he said. “If we were trying to sell the company, we might be doing this differently.”

Currently, Human Interest has about 300 employees, up from a little over 100 a year ago. It plans to double the size of its engineering team this year.

Looking ahead, Schneble said the company is simply out “to do more of the same.”

“We don’t need new products,” he told TechCrunch. “There’s so much runway just doing what we’re doing, and that’s taking market share from others.”

It also plans to focus on improving the technology on its platform, which it moved from a third-party provider to in-house in 2020. The move led the company to double its margins over the past six months while eliminating transaction fees for plan administrators and participants, according to Schneble.

“Often financial services products get worse as you go,” he said. “We want to be the opposite, and this year are focused on making our platform as awesome as it can be.”

Human Interest says it also launched new offerings, Complete and Concierge, last year in an effort to simplify retirement plan administration and “make retirement savings accessible to people in all lines of work.”

“The big incumbents haven’t figured out how to make plans affordable and accessible for smaller companies,” Schneble said. “We knew that to make a permanent dent in this country’s retirement crisis, we had to do something different.”

The 401(k) space is indeed a growing one. Last July San Mateo-based Guideline — which is also focused on SMBs — announced an $85 million Series D round co-led by Al Gore’s Generation Investment Management and Greyhound Capital. It was later revealed that American Express Ventures had joined the financing as an investor.

NewView founder and Managing Partner Ravi Viswanathan said he was impressed by how the company simplifies the process and administration for SMBs to offer 401(k)s and “is able to do so at lower fees through software and automation.”

The NewView team was also drawn to the company’s desire to make offering a 401(k) accessible for more employers. In a blog post, Ankit Sud and Christina Fa wrote:

“Traditional 401(k) providers like Vanguard and Fidelity designed and priced their plans for large businesses. The administrative burden and high fees make it unaffordable for small business owners. In fact, only 10% of small to mid-sized businesses (SMBs) offer 401(k) plans to their workforce, despite employing one-third of the working population…Human Interest brings simple, affordable 401(k) plans to the 90% of small businesses that do not offer retirement plans today. “