A look at how proptech startup Knotel went from a $1.6B valuation to filing for bankruptcy – TechCrunch 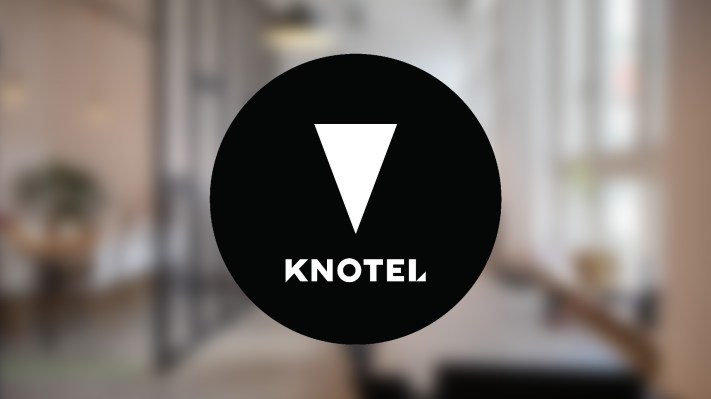 This week, flexible workspace operator (and one-time unicorn) Knotel announced it had filed for bankruptcy and that its assets were being acquired by investor and commercial real estate brokerage Newmark for a reported $70 million.

Knotel designed, built and ran custom headquarters for companies. It then managed the spaces with “flexible” terms. In March 2020, it was reportedly valued at $1.6 billion.

At first glance, one might think that the WeWork rival, which had raised about $560 million since its 2016 inception, was another casualty of the COVID-19 pandemic.

But New York-based Knotel was reportedly in trouble — facing a number of lawsuits and evictions — before the pandemic had even hit, according to multiple reports, such as this one in The Real Deal.

As such, some industry observers believe the company’s Chapter 11 filing was inevitable despite it reaching unicorn status after raising $400 million in Series C funding in August 2019.

Newmark’s purchase of Knotel’s assets is believed to an effort to recoup some of its investment, according to Jonathan Pasternak, bankruptcy attorney and partner at New York-based Davidoff Hutcher & Citron.

Anytime a company that has raised more than half a billion dollars basically implodes, it’s worth taking a look at the roller coaster ride it was on before it got to that point.

Knotel raised a Series A round of $25 million in February from investors such as Peak State Ventures, Invest AG, Bloomberg Beta and 500 startups. It marketed its offering as “headquarters as a service” — or a flexible office space that could be customized for each tenant while also growing or shrinking as needed.

In April, Knotel announced the close of a $70 million Series B financing led by Newmark Knight Frank and The Sapir Organization. In August, the company told me that it was operating over 1 million square feet across 60 locations in New York, London, San Francisco and Berlin, and that it was on track to reach 2.5 million square feet and $100 million in revenue by year’s end. Revenue growth had increased by 300% year over year, according to the company. Customers and users and clients ranged from VC-backed startups Stash and HotelTonight to enterprise customers such as The Body Shop.

“What they’re doing is different,” said Barry Gosin, CEO of Newmark Knight Frank, in a press release, at the time of the round. “It’s a new category the industry hasn’t seen and is rapidly adopting. We’ve watched their ascent from a distance and are now thrilled to join them on the journey. It marks a shift in how owners and tenants are coming together.”

In August, Knotel announced the completion of a $400 million financing, led by Wafra, an investment arm of the Sovereign Wealth Fund of Kuwait. With the round, the company had achieved unicorn status and was being touted as a formidable WeWork competitor. At the time, Knotel said it operated more than 4 million square feet across more than 200 locations in New York, San Francisco, London, Los Angeles, Washington, D.C., Paris, Berlin, Toronto, Boston, São Paulo and Rio de Janeiro.

In a statement at the time, CEO Sarva said: “Knotel is building the future of the workplace, and we are excited to welcome a group of investors who believe passionately in our product, vision and ability to execute. Wafra will help us continue our rapid global expansion and solidify our position as the leader in a fast-growing, trillion-dollar flexible office market.”

In late March, Forbes reported that Knotel had laid off 30% of its workforce and furloughed another 20%, due to the impact of the coronavirus. At the time, it was valued at about $1.6 billion.

The company had started the year with about 500 employees. By the third week of March, it had a headcount of 400. With the cuts, about 200 employees remained with the other 200 having either lost their jobs or on unpaid leave, according to Forbes.

“Business as usual is over,” Amol Sarva, Knotel’s CEO and co-founder, said in a statement to Forbes. “Knotel has decided to take sharp action to prepare for the worst case — a long health and economic crisis.”

In the second quarter, Knotel’s revenue slipped by about 20% to about $59 million compared to the first quarter, reported Forbes. Multiple landlords had filed lawsuits against the company.

By July, Forbes had reported that Knotel was attempting to raise as much as $100 million, according to various sources “familiar with the matter.”

Knotel files for bankruptcy, agrees to sell assets to investor Newmark for a reported $70 million after being valued at $1.6 billion less than one year prior.

“Newmark’s commitment offers a path forward amidst this challenging climate,” CEO Sarva said in a statement. “We are optimistic that, through a successful restructuring, we can refocus on our mission of providing state-of-the-art, tailored flex space in key U.S. and international markets.”

To facilitate the transaction under Section 363 of the United States Bankruptcy Code, an affiliate of Newmark agreed to provide Knotel with about $20 million in cash as DIP financing to support Knotel through the bankruptcy process.

Just as the startup and VC world watched as WeWork lost a significant amount of value over the past two years, we’re paying attention to the demise of Knotel and wondering what this means for the flexible workspace sector. As much of the world continues to work from home and office buildings remain mostly vacant as this pandemic rages, our guess is that things will only get worse before they get better.