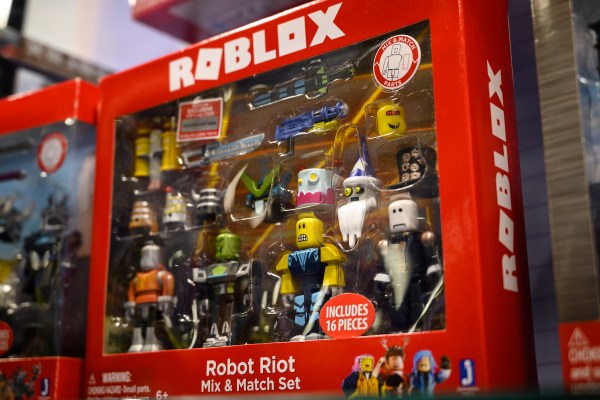 This has been quite a week.

Instead of walking backward through the last few days of chaos and uncertainty, here are three good things that happened:

Despite many distractions in our first full week of the new year, we published a full slate of stories exploring different aspects of entrepreneurship, fundraising and investing.

We’ve already gotten feedback on this overview of subscription pricing models, and a look back at 2020 funding rounds and exits among Israel’s security startups was aimed at our new members who live and work there, along with international investors who are seeking new opportunities.

Plus, don’t miss our first investor surveys of 2021: one by Lucas Matney on social gaming, and another by Mike Butcher that gathered responses from Portugal-based investors on a wide variety of topics.

Thanks very much for reading Extra Crunch this week. I hope we can all look forward to a nice, boring weekend with no breaking news alerts.

In February 2020, gaming platform Roblox was valued at $4 billion, but after announcing a $520 million Series H this week, it’s now worth $29.5 billion.

“Sure, you could argue that Roblox enjoyed an epic 2020, thanks in part to COVID-19,” writes Alex Wilhelm this morning. “That helped its valuation. But there’s a lot of space between $4 billion and $29.5 billion.”

Alex suggests that Roblox’s decision to delay its IPO and raise an enormous Series H was a grandmaster move that could influence how other unicorns will take themselves to market. “A big thanks to the gaming company for running this experiment for us.”

I asked him what inspired the headline; like most good ideas, it came to him while he was trying to get to sleep.

“I think that I had ‘The Queen’s Gambit’ somewhere in my head, so that formed the root of a little joke with myself. Roblox is making a strategic wager on method of going public. So, ‘gambit’ seems to fit!”

For our first investor survey of the year, Lucas Matney interviewed eight VCs who invest in massively multiplayer online games to discuss 2021 trends and opportunities:

Having moved far beyond shooters and sims, platforms like Twitch, Discord and Fortnite are “where culture is created,” said Daniel Li of Madrona.

“Gaming is a unique combination of science and art, left and right brain,” said Gigi Levy-Weiss of NFX. “It’s never just science (i.e., software and data), which is why many investors find it hard.”

How to convert customers with subscription pricing

Startups that lack insight into their sales funnel have high churn, low conversion rates and an inability to adapt or leverage changes in customer behavior.

If you’re hoping to convert and retain customers, “reinforcing your value proposition should play a big part in every level of your customer funnel,” says Joe Procopio, founder of Teaching Startup.

What is up with Tesla’s value?

Alex Wilhelm followed up his regular Friday column with another story that tries to find a well-grounded rationale for Tesla’s sky-high valuation of approximately $822 billion.

As ever, I learned something new while editing: A “melt up” occurs when investors start clamoring for a particular company because of acute FOMO (the fear of missing out).

Delivering 500,000 cars in 2020 was “impressive,” says Alex, who also acknowledged the company’s ability to turn GAAP profits, but “pride cometh before the fall, as does a melt up, I think.”

Note: This story has Alex’s original headline, but I told him I would replace the featured image with a photo of someone who had very “richest man in the world” face.

“Its purpose was to move data through Segment’s data pipes to wherever customers needed it quickly and efficiently at the lowest operating cost,” but as Ron reports, it was also meant to solve “an existential crisis for the young business,” which needed a more resilient platform.

Dear Sophie: Banging my head against the wall understanding the US immigration system

Now that the U.S. has a new president coming in whose policies are more welcoming to immigrants, I am considering coming to the U.S. to expand my company after COVID-19. However, I’m struggling with the morass of information online that has bits and pieces of visa types and processes.

Can you please share an overview of the U.S. immigration system and how it works so I can get the big picture and understand what I’m navigating?

The first “Dear Sophie” column of each month is available on TechCrunch without a paywall.

Revenue-based financing: The next step for private equity and early-stage investment

For founders who aren’t interested in angel investment or seeking validation from a VC, revenue-based investing is growing in popularity.

To gain a deeper understanding of the U.S. RBI landscape, we published an industry report on Wednesday that studied data from 134 companies, 57 funds and 32 investment firms before breaking out “specific verticals and business models … and the typical profile of companies that access this form of capital.”

Mike Butcher continues his series of European investor surveys with his latest dispatch from Lisbon, where a nascent startup ecosystem may get a Brexit boost.

Here are the Portugal-based VCs he interviewed:

How late-stage edtech companies are thinking about tutoring marketplaces

How do you scale online tutoring, particularly when demand exceeds the supply of human instructors?

This month, Chegg is replacing its seven-year-old marketplace that paired students with tutors with a live chatbot.

A spokesperson said the move will “dramatically differentiate our offerings from our competitors and better service students,” but Natasha Mascarenhas identified two challenges to edtech automation.

“A chatbot won’t work for a student with special needs or someone who needs to be handheld a bit more,” she says. “Second, speed tutoring can only work for a specific set of subjects.”

Decrypted: How bad was the US Capitol breach for cybersecurity?

While I watched insurrectionists invade and vandalize the U.S. Capitol on live TV, I noticed that staffers evacuated so quickly, some hadn’t had time to shut down their computers.

Looters even made off with a laptop from Senator Jeff Merkley’s office, but according to security reporter Zack Whittaker, the damages to infosec wasn’t as bad as it looked.

Even so, “the breach will likely present a major task for Congress’ IT departments, which will have to figure out what’s been stolen and what security risks could still pose a threat to the Capitol’s network.”

On New Year’s Eve, I made a list of the 10 “best” Extra Crunch stories from the previous 12 months.

My methodology was personal: From hundreds of posts, these were the 10 I found most useful, which is my key metric for business journalism.

Some readers are skeptical about paywalls, but without being boastful, Extra Crunch is a premium product, just like Netflix or Disney+. I know, we’re not as entertaining as a historical drama about the reign of Queen Elizabeth II or a space western about a bounty hunter. But, speaking as someone who’s worked at several startups, Extra Crunch stories contain actionable information you can use to build a company and/or look smart in meetings — and that’s worth something.